Bayern Munich legend Lothar Matthaus claims that striker Thomas Müller will continue to struggle for form as long as he plays under manager Carlo Ancelotti. 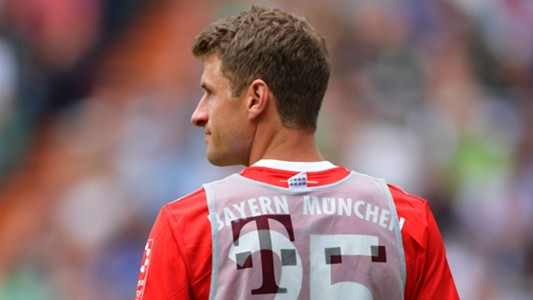 Thomas Müller has been one of the greats at Bayern Munich, despite being only 27. He has already won a whole host of trophies including the World Cup. However, his form has suffered an alarming dip ever since Ancelotti came to the club. Even though he continues to be a key part of the German international team, Müller has seen his opportunities at Bayern Munich reduce substantially. Manager Ancelotti only used the striker as a substitute in the latest game against Werder Bremen.

Matthaus says that Müller can return to his best when he plays under a manager who wants him. At this moment, he does not take that Ancelotti rates him highly and fits into the system employed by the Italian. The former Chelsea and Real Madrid manager had a difficult first season at the club. Even though Bayern Munich were able to once again win the league title, the inability to win the Champions League has been a major disappointment.Matthaus says that Müller will start performing if the 27-year-old plays for a different coach.

Last season, Müller came in with only five goals in the league compared to a whopping 32 in the 2015-16 campaign.

“Thomas Muller is first-choice for the national team but he’s having a hard time at Bayern. He’s selected less often in the important games in Munich and I am sceptical that this will improve this year.This has nothing to do with Muller. He needs a coach who wants him in his team, then Muller will not disappoint.Muller isn’t a No 7, a No 9 nor a No 10. He is everything and in between. But Carlo Ancelotti thinks and selects his team very strictly according to a player’s position,” said Matthaus.